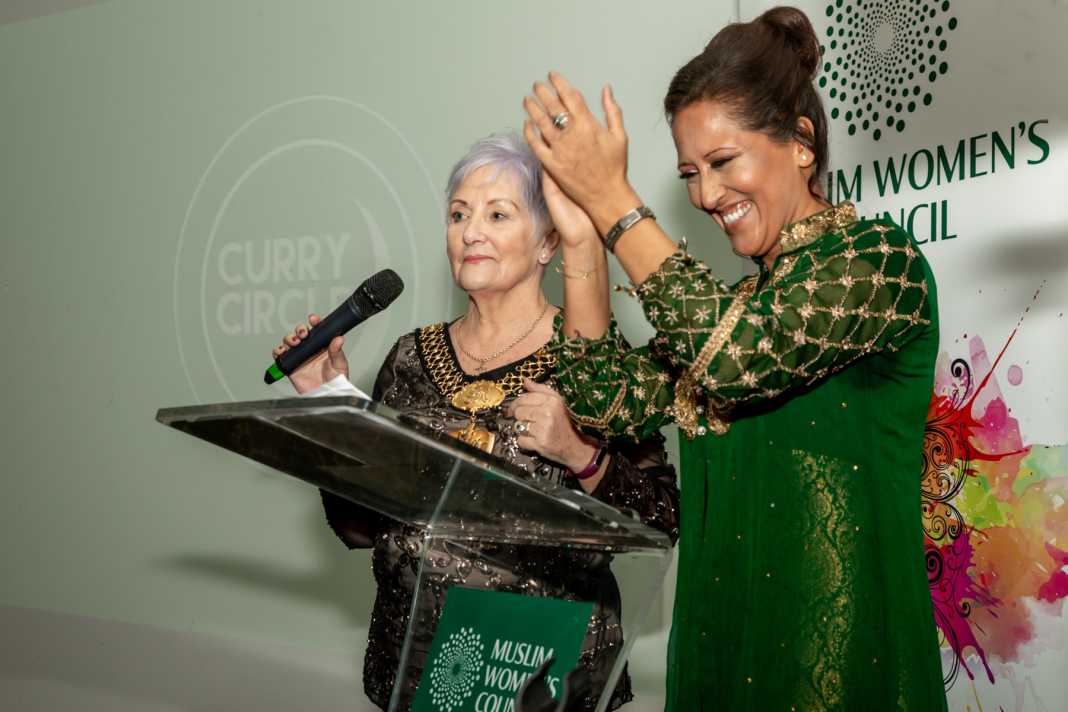 A women’s group based in Bradford celebrated it’s tenth anniversary at the Mercure Hotel in Bradford recently.

The celebrations saw business owners, community and faith leaders and members of the community gather and celebrate the work of the Muslim Women’s Council (MWC’s).

The milestone occasion also paid tribute to many of those who have been part of MWC’s journey. They also welcomed on board new members including Dr. Myriam Francois (well known broadcaster, writer and academic), Shabnam Khan (vocalist and tutor), and Kehkshan Ahmed (Solicitor, LPS Solicitors).

MWC’s core team consists of eight Muslim women who have dedicated the past 10 years to empowering women. Their dedication and passion to the organisation’s vision has been instrumental in their continued progression and success.

The event heard from powerful international speaker Dr Hany El-Banna OBE – the co-founder of Islamic Relief, the largest Western-based international Muslim relief and development NGO. He commented on the positive ways in which MWC had impacted the lives of communities and served to empower Muslim women. Lord Mayor of Bradford, Doreen Lee, also spoke of the wealth of knowledge and inspiration MWC has and looked forward to their future work.

The evening profiled MWC’s work over the last 10 years, highlighting their annual conference ‘Daughters of Eve’, a variety of seminars and fundraising events, and an evening with Jon Snow, who sent the MWC a personal congratulatory message. The evening also recognised the efforts of the volunteers who gave their time for the Curry Circle feeding the vulnerable and homeless in Bradford as well as providing hot food, support and solidarity.

Recognising the work of many individuals who have been part of the 10 year journey, MWC honoured many with awards. PC Fiz Ahmed was presented with an award for her services to the community, and local business MyLahore were also honoured with an award for their ongoing support to the Curry Circle.

CEO of Bradford Council Kersten England also attended the celebrations and said: “It’s amazing to be here and celebrate ten years of the Muslim Women’s Council. Over the years they’ve been empowering not just Muslim women, but all women to be confident and to speak out about issues. They’ve also supported a huge amount of social action within the city, which is hugely important and also provoked debate about things”

Muslim Women’s Council is headed by Bana Gora, who is the Chief Executive, she said:
“We are delighted to have hosted this tenth anniversary event celebrating Bradford’s female Muslim powerhouse.

“We are incredibly proud of what we have achieved and look forward to establishing new and sustaining partnerships to carry our work forward into the future”.

The MWC also announced it’s new chair, Dr Shuruq Naguib, who is a lecturer on religions of the modern world at Lancaster University. As incoming chair she said:
“We were honoured to share our achievements with so many of our friends, supporters, funders and well wishers. I look forward to holding the MWC torch and leading the organisation forward into the next decade”.

Which leading supermarket works out cheapest for bharelu shaak?