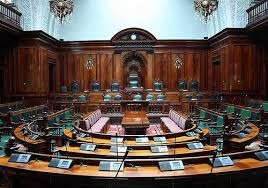 Councillors in Bradford have been told of the work being done to reduce the influence of extremists, both Islamic and far Right, on Bradford’s young people.

Prevent is a national strategy set up to tackle terrorism by stopping young people from becoming involved in extremism.

Although the initial focus was on Islamic terrorism, the issue of Far Right terrorism and white nationalism is now also a major focus for the strategy.

At a meeting of Bradford Council’s Corporate Scrutiny Committee on Thursday, members were given an update on how the strategy is operating in Bradford.

There are several Prevent supported schemes currently taking place. These include Mothers Against Radicalisation, which involves women from all backgrounds who are given help to “understand the digital world and its impact and danger, safeguarding children and young people from online grooming and radicalisation.

The Bradford Hate Crime Alliance provides one on one support for those at risk of radicalisation, and Supplementary Schools Against Radicalisation supports imams in challenging extremist narratives.

The programme this year has so far delivered 46 workshops to 685 participants in 14 Madrassahs, with a further 34 sessions planned before the end of the financial year.
Small Steps works with marginalised young people from white communities to help them avoid radicalisation from the Far Right.

It is anticipated these sessions will reach over 1,800 people.
The committee was told that with Bradford having a very young population, the risk of children being groomed into extremism online was very high.

One aspect of Prevent is the Channel programme, young people are referred here if they are seen as being high risk of extremism.

Speaking of the Channel programme Danielle King, Prevent Education Officer said: “For the first time referrals for far right concerns have outnumbered concerns for Deash/Al Qaeda.”
Last year of the 561 individuals nationally who received Channel support, 254 were referred for concerns related to far right extremism and 210 were referred for concerns related to Islamic State related extremism.

When asked what was being done in Bradford to tackle the rising issue of far right extremism she said “critical thinking” projects were encouraging young people to think again about what corrupting influences might tell them. She said: “We train them to up-pick things, don’t go listening to conspiracy theories or fake news that does the round on social media. You can sometimes risk getting stuck in an echo chamber.

“All this training fits into creating resilience against the far right.”

Chair of the Committee Councillor Nazam Azam said: “Most people know what I think of the national Prevent programme, but in terms of the local programme there is some fantastic work going on.”

Councillor David Green (Lab, Wibsey) pointed out a that a lot of work being done with young people was in school, but it may be that they pick up their twisted world view from home.

He said: “There are a lot of fascists over the age of 18 – I’ve had the joy of meeting a lot of them. I once had an hour and a half debate with someone complaining about people ‘coming over here’ and he was in his 60s. At the end he told me ‘you may be right, but you won’t change my mind.’

She said the Council would bid for Home Office funding to do more community based work to tackle extremism, and this would include adults as well as children.