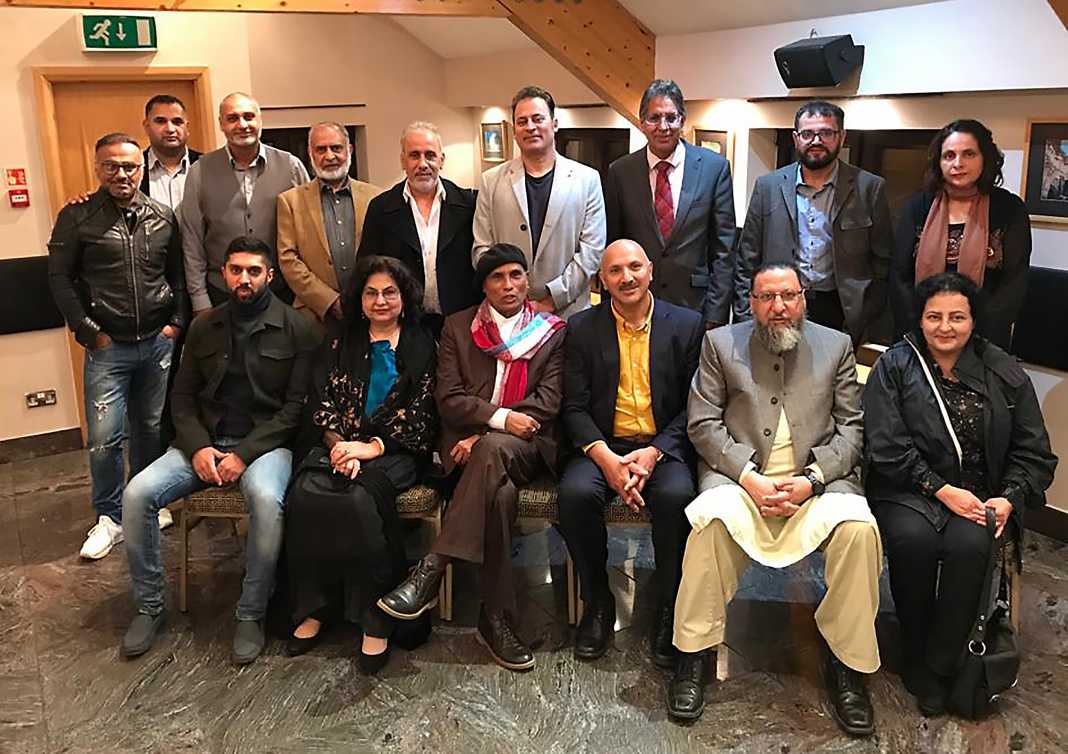 And both boys and girls should be supported in their choices – including marriages.

The call was among a raft of strategies put forward by a leading European campaigner on ethnic issues to help raise achievement levels among Britain’s 1.5 million Pakistanis.

Bashy Quraishy, who was born in India but grew up in Pakistan, was invited to speak to more than 20 community leaders at the event organised by Dr Mohammed Ali, CEO of Bradford-based charity, the QED Foundation.

Mr Quraishy, who studied engineering in Germany and the USA and international marketing in London, is a member of numerous commissions, committees and boards involved with human rights, ethnic and religious equality issues, anti-racism, anti-discrimination, Islamophobia and anti-Semitism in the EU and internationally.

The author of eight books on minority issues, covering media, identity, racism and the European Union, he is now based in Denmark, where he is Chief Editor of Media Watch, Chairman of the Ethnic Debate Forum, a media monitoring organisation, and a member of the Advisory Council of the Danish Human Rights Institute.

He also hosts a weekly television programme dealing with societal issues such as intercultural living, integration, Islamophobia, human rights and minorities in the media.

Mr Quraishy told guests at the Mumtaz restaurant, in Great Horton Road, that many of the eight million people of colour in the UK had done well in the last 50 years but many Pakistanis had fallen behind other minorities.

“Influence and power comes through solid organisation, common goals, and solidarity,” he said. “Religion is important but we should not make it our first identity as some Pakistanis are doing.

“Identity is like an onion; it has many layers, such as colour, culture, ethnicity, nationality, education or job. Religion is also in the same mix.

“Be a member of a political party, a trade union, a sports club or any other branch of interest. Interaction with the majority is vital to convey your needs and ask for your rights. If you are not visible there, then you are isolated and that is a recipe for backwardness.

“Establish networks – locally, regionally and nationally. Not only for the name but for rights. Refrain from being a one-man NGO or a gatekeeper. The majority society only listens when you have power. If you cannot do that, be a part of an established NGO that you trust.

“Last but not least, make humanity the banner. Humanity is above everything in life.”

He said the anti-racism struggle across Europe was ongoing and there was no quick-fix formula for success but it was vital that minority groups practised solidarity and involvement with each other by building alliances to achieve their equality goals.

But, he said, focus on religion and party politics was getting in the way of people of Pakistani backgrounds making progress.

“There is too much focus on building mosques but seldom on establishing a community centre, a media centre or just an activity place for all Pakistanis,” said Mr Quraishy. “Mother-tongue education is lacking and so is the knowledge of Pakistan, Pakistani cultures and history. The import of religious leaders from home to Europe is causing problems because often they give statements or lectures that are inflammatory because they do not know the society or the country in which they live.”

Dr Ali said: “Bashy Quraishy is highly respected across Europe for his lifelong quest for equality and justice for minorities and his work has had a major impact in many areas.

“We’re really grateful to him for taking the time to visit and share his thoughts on the issues that are holding back progress among British Pakistanis in particular, the sort of issues we will be discussing at the inaugural Network of Pakistani Organisations Annual Conference next month.”

The conference, which will bring together representatives of around 100 organisations working to support some of the UK’s most disadvantaged communities, is taking place at the Aga Khan University, in London, on Thursday, November 28.

Speakers at the event, organised by QED, will include Sir Stephen Bubb, director of Charity Futures and former CEO of the Association of Chief Executives of Voluntary Organisations; Javed Khan, chief executive of Barnardos, and UK-based Pakistani social entrepreneur Faraz Khan.