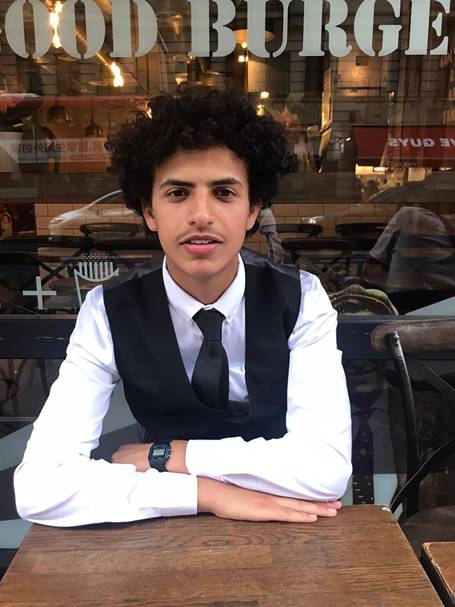 A sixth form student completed a 125-mile cycle last weekend to raise money for those affected by the explosion which shocked Beirut, Lebanon, on August 4.

18-year-old Muhammed Mahmoud completed his long-distance cycle on Saturday, August 15, and has raised £3,000 for Islamic Relief UK’s Lebanon emergency appeal to help those in need in Lebanon.

Islamic Relief will use donations to provide immediate and long-term support through ready to eat meals, hygiene kits, health assistance and protection of communal building where people are currently sheltering.

The charity’s appeal was launched shortly after the disaster earlier this month after an explosion in the Port of Beruit killed at least 171 people, injured 6,000 and left nearly 300,000 people homeless.

Muhammed, who is currently studying for his A-Levels at Islington College, London, decided to complete the cycle from Birmingham to London in aid of Islamic Relief’s appeal after seeing the fallout from the explosion in Beirut.

Muhammed said: “I was so shocked and moved by the footage from Beirut. I saw a video of a young lady in her wedding dress posing with her groom and a second later she was blown to the ground and covered in smoke. I was also shocked to see how hospitals were no longer functioning and were well over capacity and had run out of blood.

“There are so many people to feel sorry for in this situation: innocent people who’ve lost their homes, people who’ve lost family members. My family is originally from Libya, so I know how difficult life can be for people living through disasters.”

The explosion in Beirut added to the current woes of Lebanon. Growing poverty in the nation due to an economic crisis left nearly half of the population below the poverty line and 30% of people are currently unemployed.

Lebanon was also in lockdown due to the COVID-19 pandemic when the explosion occurred with hospitals already at capacity with intensive care admissions from the virus. The four main hospitals in Beirut were also affected as a result of the explosion.

Muhammed explained how both his love of cycling and his Islamic faith inspired him to take on the challenge and raise money for an important cause to help others.

He said: “I really enjoy cycling – in fact, it’s my main mode of transport so I’m pretty used to it. It’s very environmentally friendly and a good way to keep fit. I’ve done some long rides before – recently I went off to East Sussex and very much enjoy the scenic routes that cycling offers.”

“Charity is something that is very close to Islam and its values and therefore as a human and as a Muslim, I think it’s my moral obligation and responsibility to give back to people suffering.”

He said: “Food insecurity is likely to intensify in the coming weeks. The country’s wheat stock for the next 18 months was stored in a warehouse near the port, and we are expecting bakeries to run out of flour within days, which will create a massive crisis.

“Most people have been able to find alternative temporary accommodation with families, friends and in their home villages or are staying temporarily in hotels. But the most impoverished – especially labourers – have nowhere to go and are completely without shelter or accommodation of any kind. Some are sleeping in the streets among the rubble. A few hundred have not been able to find any kind of shelter.”