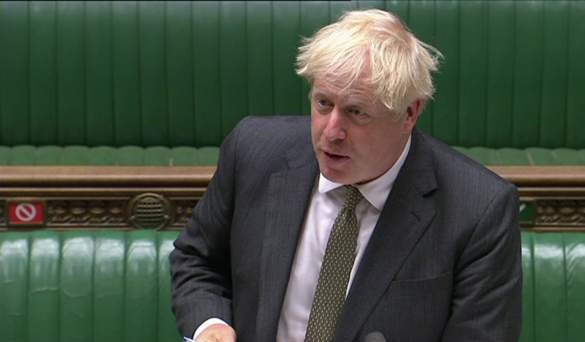 The government is coming under pressure to say what it will do when the furlough scheme expires at the end of October.

Chancellor Rishi Sunak tweeted that he would provide an update on Thursday saying, “our plans is to continue protecting jobs through the winter”.

During Prime Minister’s Questions on Wednesday, Boris Johnson was urged to act swiftly by Labour and SNP MPs to prevent what one called a “tsunami of job losses”.

Employers and trade unions have called for the government to adopt the schemes of France or Germany, where staff can work limited hours and the government pays for hours not worked.

The schemes in those countries have been extended through to next year.

It comes as figures show as of 20 September 9.6 million employees had been furloughed at some point by 1.2 million employers at a cost of £39.3bn to the Treasury.

Speaking in the house after his address to the nation the Prime Minister faced questions on testing as there have been 6,178 coronavirus cases in the UK in the last 24 hours, up 1,252 since Tuesday, and 37 deaths.

Mr Johnson was questioned by the Labour leader over testing as a few weeks ago the Prime minster said in the house that the test and trace system can be a real game changer tackling the virus.

However yesterday he said it little to do with the spread of the Coronavirus.

Facemasks – Bradfordians split on keeping or ditching them