Criminals who bound, beat, and stabbed to death a kind hearted man in his own home have been jailed for a combined 48 years.

Craig Stanton of Southgate Huddersfield and Alexander MacKay of School Crescent, Dewsbury were sentenced to 25 and 23 years in prison respectively for the murder of 61-year-old Mr Saleem Butt from Batley in a hearing at Leeds Crown Court today.

Both had been found guilty of Mr Butt’s murder in his home on Hyrstlands Road, Batley in the early hours of April 24 this year.

Leeds Crown Court heard the men had entered Mr Butt’s home through an open window and then tied up and attacked him during a burglary.

The pair ransacked Mr Butt’s house but appear to have taken nothing of any value.

A post mortem examination showed the 61-year-old died as a result of severe head and neck injuries following a sustained attack.

Both defendants were arrested a few days after the incident following a significant investigation by the Homicide and Major Enquiry Team.

Detective Chief Inspector Tony Nicholson of the Homicide and Major Enquiry Team, who is led the investigation, said: “The murder of Saleem Butt was a horrific offence in which Stanton and McKay subjected him to a sustained and exceptionally brutal attack in his own home.

“The level of violence they inflicted on Saleem was frankly inexplicable and point to the very real danger these two men pose.

“We welcome the strong sentences they have been given today which very much reflect the extreme gravity of their actions.”

He added: “Mr Butt was very well known and was a keen gardener who was always happy to do favours for his neighbours.  I know his murder created real shock in his community and I wish to thank residents who assisted our enquiries to locate these very dangerous men.

“I hope seeing them sentenced will bring some comfort to Mr Butt’s family and those who knew and were friends with him.” 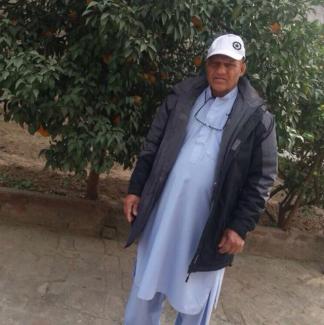 “People within our community are six times more likely to get DIABETES”.

“South Asian girls can be whatever they want to be”

“We were all devastated”. Batley Clubs heartbroken after cabin with £10,000 worth of Football and Cricket equipment burned down on New Years Day