Home Community Veterans help in the fight against Covid-19 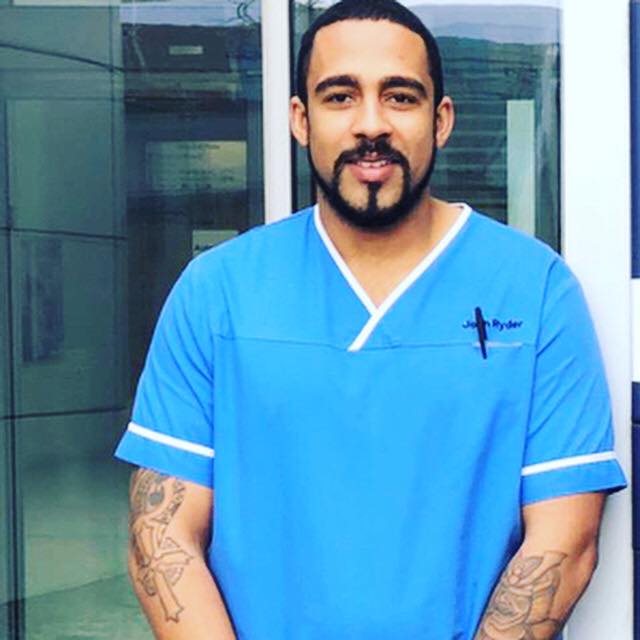 PRODUCED IN PARTNERSHIP WITH UK GOVERNMENT

Veterans have been a vital lifeline in the fight against Covid-19.

Since the country has been in lockdown, veterans have come forward to lend their support to fight against the pandemic and have become an important part of the NHS workforce. From helping to build the Nightingale Hospitals, to delivering essential supplies to those who are shielding, they have helped thousands of people across the country.

Former soldiers like Joshua Ryder have been working across a range of roles both on and off the front line providing invaluable benefits to the NHS with their military expertise and experiences, during this challenging time.

Joshua is an award-winning member of the Royal Army Medical Core, he has worked as a combat medical technician and has seen a pandemic close up.

The 30-year-old volunteered to visit Sierra Leone during the West African Ebola virus outbreak and worked in what was known as a “red zone” in Kerry Town, 19 miles from capital Freetown.

Joshua told Asian Sunday: “We treated patients with confirmed or suspected Ebola. The symptoms are similar to those of malaria and gastroenteritis.

“We triaged and tested patients to determine whether they had these or Ebola.”

The outbreak which lasted around two years saw more than 28,600 cases with 11,325 deaths. Now Joshua is back working amidst the coronavirus outbreak, but the environment could not be more different. Having left the army in 2018, the father of two is now a trainee nursing associate on a Midlands Partnership NHS Trust acute mental health ward in Stafford.

It was Joshua’s experiences and expertise in the army that led him to the NHS in general, and mental health in particular. He said: “I have worked in demanding conditions in various locations around the world. I am adaptable to suit many environments and job roles.”

In the military he saw first-hand soldiers suffering poor mental health. He said: “I entered the NHS through the Step Into Health programme, which has been brilliant. I was able to show them what I had done, and my experiences counted. “There was a lot of competition for the Trainee Nursing Associate place. I have been able to prove myself and have had really positive feedback.

” I won an award for Outstanding Impact, since joining the NHS at the programme’s first ceremony.” The challenges are real, and Joshua is helping to treat patients through these unusually testing times. “We are doing absolutely brilliantly,” he said.

“It would be abnormal, with all the constant changes, if we did not experience stress and anxiety.

“We have adapted and made changes. Here our patients have been brilliant. “We have got a good team here, a good mix of people with different skills. We all support each other and do everything we can for our patients.”

Joshua commits much of his time to charities such as Men Unite, a men’s mental health charity. He is also ran a half marathon last year to raise £500 for Mental Health UK.

“And this month I am running 100 miles, having so far raised £795 for the same charity through JustGiving,” he said.