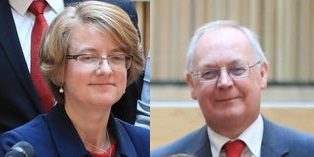 Council leaders for Bradford and Calderdale have called on the government for further clarity following ongoing confusion over the current lockdown restrictions in each district.

In a joint statement, Cllr Susan Hinchcliffe (Bradford) and Cllr Tim Swift (Calderdale) accuse the Government of ‘confused and bungled’ messages over the local lockdown restrictions in each district.

The two leaders say the Government have “undermined” local authorities by making decisions centrally. They have also asked for more detail over national coronavirus figures, a fully funded Test and Trace system, more home testing kits, consistency in the local restrictions, financial support for those self-isolating and funding for empty beds in care homes to prevent these organisations suffering financial difficulty.

Local restrictions have been in place in Bradford and Calderdale since Friday, July 31, 2020, following a rise in cases in these areas.

The Government will review the current measures on Thursday, August 26 to determine whether particular areas with high cases will be able to ease their local restrictions.

In their joint statement, Susan Hinchcliffe and Tim Swift said: “Our infection rates have come down significantly this week although they are still high.  Over the last few months and weeks we, as Leaders, have taken difficult decisions and directed significant resource in our councils to make this happen.  However, throughout this time Government messaging has been confused and bungled.

“The latest shift in Government messaging that happened last week was that they inferred they wanted to see more localised restrictions, varying them ward by ward rather than by local authority areas.  To add to the confusion Government want to review and change these place by place weekly leading to inconsistency in restrictions across the North.

“In the latest guidance from Government, there is a presumption that wards with a low number of cases will start to revert to the national restrictions this week. Adding and subtracting restrictions ward by ward makes the already confusing local regulations almost impossible to understand for residents so it begs the question whether restrictions across partial geography can be of any use at all.

“On top of this, people’s patience is wearing thin with the confusion.  They need to know that the restrictions are fair otherwise they won’t keep to them.  We all know that there are wider health impacts that the restrictions are causing such as mental illness, and economic hardship that can have an equally detrimental impact and people are naturally now questioning the Government’s approach.

“We as local leaders have to have a national framework to operate within which works.  As well as the confusion for members of the public, services are not delivered ward by ward.  Police, environmental health, enforcement officers and others all work to a common regulatory framework across the local authority.

“To avoid all these pitfalls brought in by the latest Government direction, we think that Bradford and Calderdale should join the rest of the UK in the national level of restrictions, the messaging would be clearer for the public and we’d stand a better chance of people complying.  But going down this route also means the Government needs to give us the resources and tools to ramp up our activity locally.

“We call on Government to:

Has ‘woke culture’ gone too far with the Mini Gems rebrand? People from Keighley react