Bradford is mentioned just 11 times in the bulk of the Levelling Up white paper report. 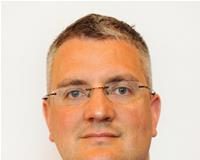 A council leader has criticised the Government’s long-awaited Levelling Up paper for “making more reference to Medieval Italy than Yorkshire.”

Published on Wednesday, the Government’s Levelling Up white paper detailed how Boris Johnson’s plan to “level up” the country would be implemented.

Although local politicians welcomed many aspects of the document, there was criticism that there was little detail on how some targets would be achieved and that many of the pledges in the report had already been announced.

With many hoping the 332 page document would provide details on how poor Northern communities could be “levelled up” with richer parts of the UK, there was confusion as to the amount of reference in the report to ancient world history.

One of the first graphics in the document is a table titled Largest Cities in the World from 7,000BC, running from Jericho to Tokyo via Uruk and Constantinople.

It is followed by detail on how the 10,000-year-old city of Jericho’s irrigation system helped it produce “the most expensive essential oil in the ancient world” and how the House of Medici helped turn 15th Century Italy into a “creative crucible.”

Despite being one of the biggest cities in the UK, Bradford is mentioned just 11 times in the bulk of the report. Most of these mentions refer to previously announced projects, such as a new leisure centre at Squire Lane being funded through the Levelling Up Fund and a £225,000 grant to the Light Church to help secure the future of a Bradford foodbank.

Being named as an Educational Investment Area is seemingly the only new announcement for Bradford in the report. Keighley, the Bradford District town that was once an industrial powerhouse, but now contains some of the most deprived communities in the country, is mentioned once in the paper.

The town is included in a list of areas that was named as beneficiaries of the Government’s Towns Fund in 2019. Last year it was announced Keighley would get £33m through this fund.

Meanwhile, the ancient city of Jericho is mentioned four times in the main body of the report.

At a meeting of West Yorkshire Combined Authority on Thursday morning, members were weighing up the benefits of the report, as well as its missed opportunities.

West Yorkshire Mayor Tracy Brabin pointed out that it included no announcement on how much the region would get to improve public transport, or detail of how much would come from the Shared Prosperity Fund – a pot of cash the Government says would “seize on the opportunities of Leaving the EU,” but what Ms Brabin believes will amount to less money than the region received from the EU.

At the meeting, Councillor James Lewis, Labour leader of Leeds Council, said: “It is regretful that more reference was made to Medieval Italy than Yorkshire. In light of Brexit, this is particularly puzzling.”

Children across the Bradford district celebrate the Queen’s Platinum Jubilee