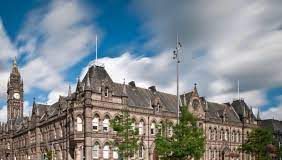 Middlesbrough councillors have voted to approve the budget and a council tax rise amid tense exchanges between the political groups.

At last night’s full council meeting, 36 of the 37 members in attendance voted for a 2.99% tax rise meaning it will come into effect on April 1.

While general council tax has not increased, the 2.99% has been added to residents’ bills as part of the adult social care levy, which the government allows councils to charge to fund care.

Mr Preston added: “I think overall we are in a relatively strong and stable position financially, I think it’s improved all the time and it’s getting better but the future is still uncertain, so we need to be really careful and really prudent.

He said that there has been a lot of consultation around the budget and he was happy to back the amendment brought forward by the Labour Party.

Mr Preston said: “Today, the future is really uncertain, which means we have to be more careful with money. It means people are fearful.”

He went on to add: “We must never forget, Boro is full of opportunities and we can stick together and stand tall and protect people from dark clouds and encourage ourselves to grasp all of the opportunities that are undoubtedly coming our way.”

Councillors also voted to approve a Labour amendment, which will ring-fence some of the £495,000 that was allocated for “investment in services provided to residents”.

Of the 37 councillors in attendance, everyone voted in favour of the measure apart from Cllr Jon Rathmell who abstained, he was also the only person to vote against the budget stating that it did not bring value for money for Nunthorpe residents.

The amendment which will now form part of the budget means that £160,000 would be spent on a tree maintenance squad to sort out the current backlog and ensure an ongoing tree maintenance programme is in place.

There will also be £90,000 for a subsided pest control service, including the recruitment of two additional pest control operatives and £150,000 to provide more services for youngsters.

The remaining £95,000 was not assigned but will be allocated to different departments as needed throughout 2022/23.

Labour councillor Chris Cooke, who presented the motion, said: “This amendment is what is needed by the people of Middlesbrough.

“We as a group have listened to concerns and this is our response to some of our most frequent requests that we get.”

He went on to add: “In short, less rats, helping trees thrive, engagement with young people. What’s not to love?”

Cllr Cooke said that environmental services would be able to quickly deal with more than 70% of their tree-related complaints with this funding.

Cllr Denise Rooney, the deputy leader of the Labour Group, said that this amendment would provide direct benefits to people across Middlesbrough.

Cllr Chris Hobson, of the Middlesbrough Independent Group, said that it was an “excellent budget” but that she would like to have seen the underspend in the budget used to reduce council tax.

She added: “The fact that utility bills are rising, the cost of food is rising and we kept getting told that deprivation is so high in Middlesbrough, putting up the council tax is only going to add to the problems that residents of Middlesbrough have.”

It wouldn’t be a typical full council meeting without some snipes between the different political groups across the chamber and last night was no different.

Cllr Mick Saunders, the leader of the Middlesbrough Independent Councillors Association, lay into the Labour Group over past decisions when the party was in power.

He said: “Regarding pest control for residents, Cllr Storey and his Labour colleagues and

members of the economic development, environment and infrastructure (EDEI) scrutiny panel will be aware of the recommendation made by the EDEI scrutiny panel on the final report on pest control, which was to bring back pest control services for residents in Middlesbrough.

“Unfortunately the executive rejected the recommendation on the advice of senior officers who stated that it was uneconomical, unviable and unaffordable. Ironically, it was the past Labour administration that stopped pest control for residents in the first place.

“As far as youth services are concerned…while I agree with everything possible that should be done to improve Middlesbrough, it was once again with the support of a Labour-controlled council, that the then-mayor Ray Mallon decided to close almost every community centre in the town, including two centres in my ward.

“Not forgetting the closure and demolition of the Southlands Centre, which was a hub of activity for the youth of the town and beyond.”

Labour councillor Zafar Uddin said that politicians needed to move on from Labour decisions in the past as they didn’t include many councillors who sat in the chamber today.

While Cllr Theo Furness said that the Labour party had needed to make tough decisions due to government cuts.

“So this is from central government why we have had to put up our council tax, why we have had to cut services and it is great that we have got a few crumbs from the government to give back a tiny tiny bit, it’s just as the mayor said, the clouds are on the horizon and can we keep it up in the coming years, I don’t think so but I’d like to hope.

“I would just like to draw everyone’s attention to that, yes we [Labour] were the head of the council, but we had tough decisions and unfortunately our hands were tied, by central government, by the Tories.”

During the meeting, Cllr Alma Hellaoui called on the Conservative members to put pressure on the government.

She said: “We should not be asking what we can do with as little money as possible, you and the Tories should be asking people in government, when are they going to give us fair funding.

“We don’t want to do with as little money as possible, we want our fair allocation of what we should have.”

She went on to add: “I would like to ask every one of you Tory councillors, what are you asking the government to do to support our town and improve our finances and the lifestyles of our townsfolk.”

Cllr Luke Mason, who represents Coulby Newham was the only Conservative member to speak during the debate.

He said that he was in favour of the amendment due to the creation of the tree maintenance squad.

Cllr Mason added: “I do think it’s important we move on from the past to a certain degree, we should let bygones be bygones, but sometimes the culture in this chamber can be quite toxic, I think all sides are guilty of that on occasion.”

Councillors also voted unanimously to introduce a new council tax support scheme, which will make it easier for people to claim for a reduction.

It also means that the lowest earners will now be eligible for up to 90% off their bill, which is an increase from the current level of 85%.