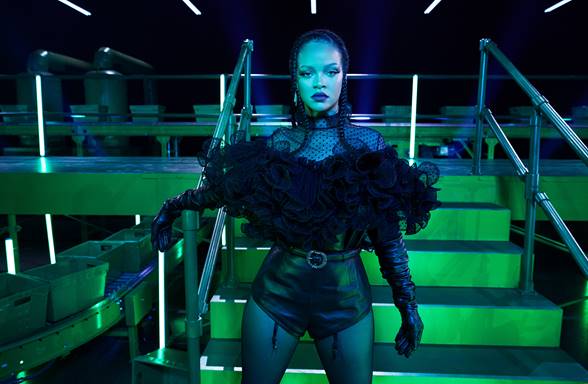 People all over social media are extremely angry and disappointed over Rihanna’s new lingerie show, which released on Amazon Prime 2 October.

It started off well with raving reviews about how Rihanna has promoted inclusivity for all genders, races, body types and sizes in the show.

But it has all come tumbling down as fans noticed that Rihanna has used a sample of a hadith line in a remixed song called ‘Doom’ by London producer Coucou Chloe.

In Islam, Muslims seek guidance through the Hadith which are sayings by the Prophet Muhammad and his companions.

The Hadith line that was used in the Savage X Fenty show referred to judgment day and the end of times.

One clip of the song used in the show has gone viral, with 4.1 million views on Twitter.

It shows models dancing in Rihanna’s lingerie and they introduce artist Rico Nasty who makes way on the stage, provocatively touching her body whilst you can hear the words of the hadith.

For many none-Muslims they would not be aware of this issue and the meaning behind the Hadith used.

But for Muslims this has caused a huge upset and offence to the community as they regard the Hadith as sacred texts, for it be used in a provocative manner is highly disrespectful.

It raises a lot of questions for many people as to why Rihanna has done this.

Online, a Twitter user called ‘raplineownme’ said they think the person who created the song knew what they were doing.

They said “I think the person knew what they were doing. That is a very specific hadith. U have to go looking to find it.”

“It’s not something non-Muslims know unless they research. So, the fact the song is called Doom and the hadith is about the end of times? @Rihanna?”

Another person online said, “Rihanna is messed up for using a song with a Hadith in it to play at her LINGERIE show. What is up with artists using Islam as an aesthetic?? Have some respect.”

But music producer Coucou Chloe has issued an apology over the song saying, “ I want to deeply apologise for the offence caused by the vocal samples used in my song ‘DOOM’ The song was created using samples from Baile Funk tracks I found online. I was not aware that these samples used text from an Islamic Hadith.

She followed with the second part to her tweet saying, “ I take full responsibility for the fact I did not research these words properly and want thank those of you who have taken time to explain this to me. We have been in the process of having the song removed urgently from all streaming platforms. 2/2”

Rihanna has now offered an apology saying, “I’d like to thank the Muslim community for pointing out a huge oversight that was unintentionally offensive in our savage x fenty show. I would more importantly like to apologise to you for this honest, yet careless mistake.”

Is this an acceptable apology from Rihanna and her team?

Let us know your thoughts.

Five men attend court and fined for fly-tipping across Kirklees