Squid game has now topped Netflix viewership as the highest ranked TV show in the history of the streaming site. Netflix officials confirmed that, as of 12 October the show has been viewed by 111 million people.

The show itself is about a series of people who are in serious debt and are trying to find a way to pay off the fees they are due. All members are recruited by a foreign man in a suit who plays a kid’s game with the hopeless people. The man in the suit expresses if they beat him even once, he will offer them 10,000 Korean coins. After finally winning for the first time the debtors wish to continue and are asked to join the games.

A series of events unfold in the TV show with a variety of cliffhangers leaving viewers on the edge of their seats.

Halloween is round the corner and fans are eager to look like the characters from the series as Amazon has now started selling squid game Halloween costumes. Not only are fans loving the series and watching the show back-to-back there has been a surge online of people explaining some side effects of watching the series. 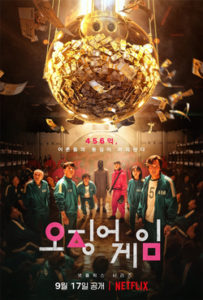 Multiple reports have been found of people expressing about a ‘squid dream’ they’re having after viewing.

According to research conducted by Eachnight.com, Google searches of the word ‘squid dream’ have shot up to 1800% around the globe.

Not only has EachNight.com reported on this sudden rise but people are expressing the dream is in fact a nightmare which relates to playing a series of games which the players play in the series.

A representative for EachNight tried to explain this increase and has said, ‘Squid Game has absolutely saturated our culture since its release on Netlfix, inspiring new trends which lead onto countless discussions on social media”.

If you’ve not yet watched the series, you might want to consider the nightmares you could face after watching for the first time. Just remember to not watch the show before you sleep!

So, when will the Clean Air Zone actually launch?