The woman who was caught sending threatening messages to Bradford West MP Naz Shah has been jailed for three and a half years at Crown Court, today.

A woman who made death threats against a Bradford MP has been jailed.

Sundas Alam was sentenced to three and a half years when she appeared at York Crown Court earlier today, Friday, 14 January.

Ms Alam, aged 30, of Princeville Street in Bradford, was previously remanded in custody after she pleaded guilty to three counts of sending malicious communications to Bradford MP Naz Shah and perverting the course of justice. 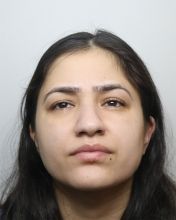 On 3 April last year, Ms Shah reported receiving several emails, in which threats had been made to harm her.

An investigation was launched by detectives at Bradford District CID and Ms Alam was arrested in the days following the report, as enquiries progressed into the origin of the emails.

She was charged on 8 April with offences of sending malicious communications and intending to pervert the course of justice.

The incidents involved  Ms Alam sending emails reporting false offences which led to others being wrongly accused and arrested.

Speaking after sentencing Detective Chief Inspector Andy Farrell, of Bradford District Police, said: “We welcome the sentence that Alam has received and hope it serves as a warning to others that threats towards public figures such as MPs are treated seriously and positive action will be taken to ensure offences are investigated thoroughly and robustly.

“West Yorkshire Police is committed to protecting members of the public from threats and harm and works closely with our MPs, to review their security arrangements and consider any additional safety concerns they may have.”

Naz Shah says Bradford is ‘high priority’ for levelling up

Return to ‘Plan A’: What are the new Covid-19 rules in England?