North East has much to feel good about over 2021.

It’s been quite a year on the news front given the ongoing pandemic has more-often-than not dominated the headlines. But here in the North-East there have been lots of good news stories to lift the gloom.

Back In February Wearside was celebrating the 25th birthday of an amazing charity involving the Young Asian Voices youth and community project. Over the years the scope of activities has widened considerably and YAV today provides multi-layered social and community activities to primary and secondary schools, as well as the wider community.
Volunteers and staff have helped-out at the city’s biggest cultural events, from the annual 10k race to Diwali celebrations and representing the city at royal visits, including meeting the Duke and Duchess of Cambridge. In response to the pandemic, in recent months the young people have been delivering food packages to older people in the city.

At the heart of the charity is its passion for increasing integration and feelings of belonging across the community.

Community came to the fore again in May when South Tyneside’s Apna Ghar centre was awarded £90,000 of National Lottery funding. The money will allow South Tyneside ethnic minority women’s charity to keep a ‘ray of hope’ shining. It meant the women’s centre will be able to pursue a new initiative working with carers from ethnic backgrounds and those receiving care in the area. 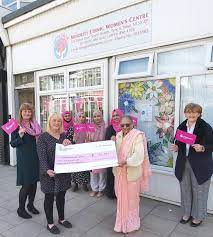 Also, in May Tyneside was applauding the appointment of its first ever British Bangladeshi Lord Mayor at a ceremony in the Civic Centre. Cllr Habib Rahman took over from the outgoing Cllr David Cook. Cllr Rahman said: “It is with immense pride that I become the Lord Mayor of Newcastle. It is a prestigious and significant position representing the city I am lucky to call home.

“The Lord Mayor chooses a theme for their term in office, and my theme for the year will be respect, tolerance and equality.”

Cllr Rahman has championed equality and community cohesion and campaigned for anti-racism and anti-hate charities.

July saw the final of the European Championships at Wembley as all communities gathered around hoping to dispel the negativity of the pandemic by revelling in what would have been England’s first major trophy win since 1966.

Sadly, Italy had other ideas as they triumphed 3-2 on penalties following a tense 90 minutes and nerve-wracking extra time. Unfortunately, Marcus Rashford, Jadon Sancho and Bukayo Saka all failed to convert their kicks and the home team had to make do with runners up medals – it did however bring everyone together for one magical summer evening.

Staying with sport and bringing people together September saw Emma Raducanu end Britain’s 44-year wait for a women’s Grand Slam singles champion defeating Leylah Fernandez to win the US Open in the most thrilling style.

The 18-year-old ended her run against all the odds run in New York with a 6-4 6-3 win over her 19-year-old Canadian opponent in a gripping final.

Raducanu threw herself to the floor in disbelief as she fired down an ace to achieve an amazing result despite a bleeding leg. Then at the Arthur Ashe stadium she headed for the stairs to enjoy the moment with her support box.

There’s little doubt about the big story in October as the proposed takeover of Newcastle United Football Club was given the red light. The Premier League received legally binding assurance the Kingdom of Saudi Arabia will not control the football club.

Despite the controversy surrounding the agreement the £330 million deal brought about an and to Mike Ashley’s turbulent 15 years overseeing the cub and gave rise to a new dawn of optimism for Magpies fans.

November saw Middlesbrough’s first Diwali festival when Members of the Hindu, Sikh and Jains communities from across the region came together to mark the five-day celebration of lights. There  followed a lantern parade, fireworks, entertainment aplenty and lots of wonderful food to taste and enjoy. It was produced in partnership with Middlesbrough Council and with the support of the Arts Council of England and the Hindu Cultural Society of Cleveland.

Over in Durham Lumiere organisers declared the festival a resounding success as the 2021 edition came to an end.

Produced by creative company Artichoke and commissioned by the council with additional support from Arts Council England, Durham University, this was the most ambitious Lumiere yet. People came from all backgrounds and across the globe to enjoy the light festival.

For the first time since it began in 2009, Lumiere linked city and the wider county through six bold commissions transforming significant landmarks across County Durham from the Apollo Pavilion at Peterlee to Raby Castle at Staindrop and Penshaw Monument in Sunderland. This reflects Durham’s bid to be UK City of Culture 2025, which aims to secure the prestigious title for the entire county.

And with Christmas approaching there followed the announcement plans for a £10m centre to help diagnose cancer had been approved for a base at South Tyneside District Hospital. It means locals will no longer have to travel to Newcastle or Middlesbrough for scans.

Ken Bremner, chief executive of STSFT, said: “This is about creating services that are fit for the future and that provide the very best care to the local communities we serve.

“This is a major development for local people, not only in South Tyneside but across Sunderland and Durham too and we are excited to forge ahead and bring our plans to life.”

As you can see the pandemic may have cast a shadow on all our lives but there were lots of good moments in the past 12 months. And while the covid crisis remains ongoing there is still much to look forward to in 2022.

Bradford South Asian Festival launches with a bang, as dhol players and life-size dragonfly puppet draw in crowds of locals in Broadway

A little soldier battling Hunters Syndrome will undergo a risky treatment on trial, that will better his quality of a reduced life